The Virtual Reality lab is a center for students conducting independent research in virtual environments, computer graphics, computer vision, and computer games. As of 2017, the lab has acquired cutting edge hardware including an HTC vive as seen in the picture. members have the opportunity to explore VR development with many tools such as CAD software, modern game engines such as Unity and Unreal, and plenty of other tools.

Members have held VR game jams and have competed in and won the 2017 Hack Potsdam. 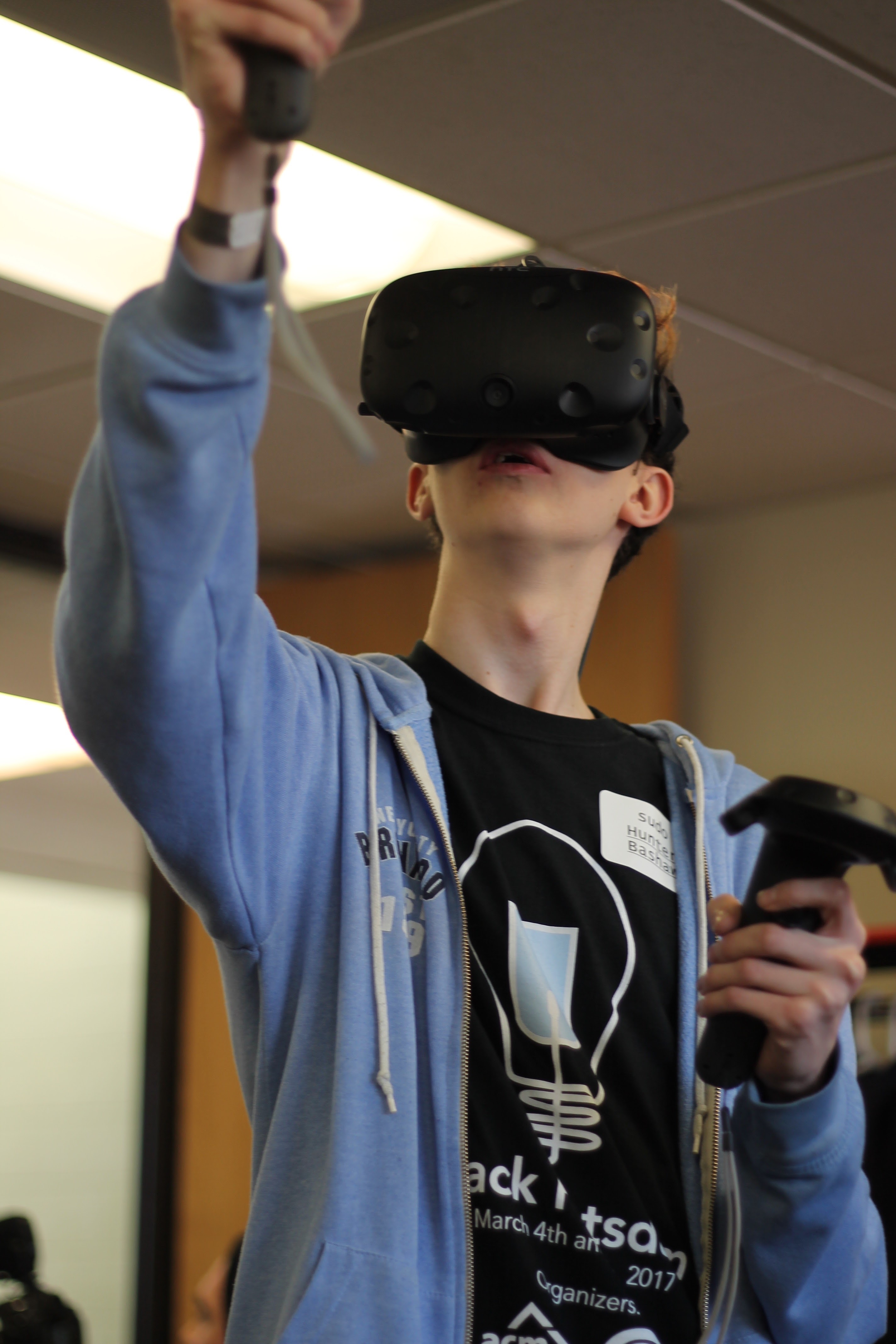